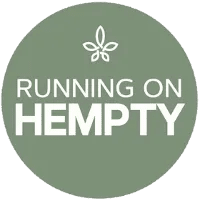 Most of us have experienced trauma in some way .It can come from many places- abuse, war ,accidents, disasters or traumatic loss or a traumatic experience.It can overwhelm and affect our ability to cope . Response to trauma can have devastating consequences. If someone is feeling distressed , disconnected, or isolated after experiencing or witnessing a life threatening, life changing or traumatic event. They may have PTSD . Current treatments don’t work for everyone and can cause side effects plus addiction .

Recently studies have shown that CBD can help ease symptoms naturally. CBD is a component of cannabis sativa .

PTSD is a chronic psychological condition that can develop after experiencing a traumatic event . Some people feel that it can only happen to war veterans but it can affect anyone.

Which transmit signals from the brain to parts of the body . When the brain experiences ANY event that has a negative consequence from stress or danger the hormone adrenaline kicks in via the sympathetic nervous system. This is commonly known as “ fight or flight “ This is a naturally built in stress response .

However in PTSD the stress response is heightened, and instead of returning to normal, soon after the threat is over , it’s pushed beyond its limits and becomes “ stuck”

The nervous system loses its ability to self regulate, leading to psychological and physical distress. This state is known as hyper vigilance. The body stays continuously alert to avoid danger.

Conventional treatment is usually psychotherapy, talking and includes antidepressants. Unfortunately these treatments are not hugely effective and some find they get unwanted side effects and even addiction.

A well balanced and clean diet

PTSD IS NOT CURABLE but you can learn to live with it , ease the symptoms and not let it run your life .

*eases insomnia improves the quality and quantity of sleep

*calms the fight and flight feelings

SO HOW DOES CBD OIL HELP

To break it down, CB1 and CB2 are receptors that cannabinoids like CBD target.

These are found in the brain and the nervous system. CB1 receptors play a role in fear memory formation, appetite, pain tolerance, and mood. The mood enhancing neurotransmitter anandamide activates CB1, and when anandamide levels are low, it creates a deficiency of CB1 receptors leading to increased levels of stress and anxiety.

The CB2 receptors regulate inflammation, a primary cause of many diseases.

High concentrations of CB2 receptors are found in the immune and gastrointestinal system. CB2 receptors bind with CBD and regulate appetite, immunity, inflammation, and pain.

It’s thought that in people with PTSD, ECS signaling is disrupted due to endocannabinoid deficiencies or excess — resulting in increased anxiety, fear, and unpleasant memories.

Most cannabinoids act on both CB1 and CB2 receptors, helping them to regain normal function.

As a result, CBD may be useful for PTSD patients. 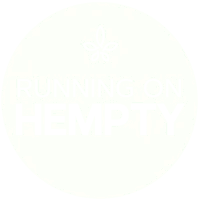 A friendly, family run business based in the UK specialising in CBD oil, Hemp, and natural products.